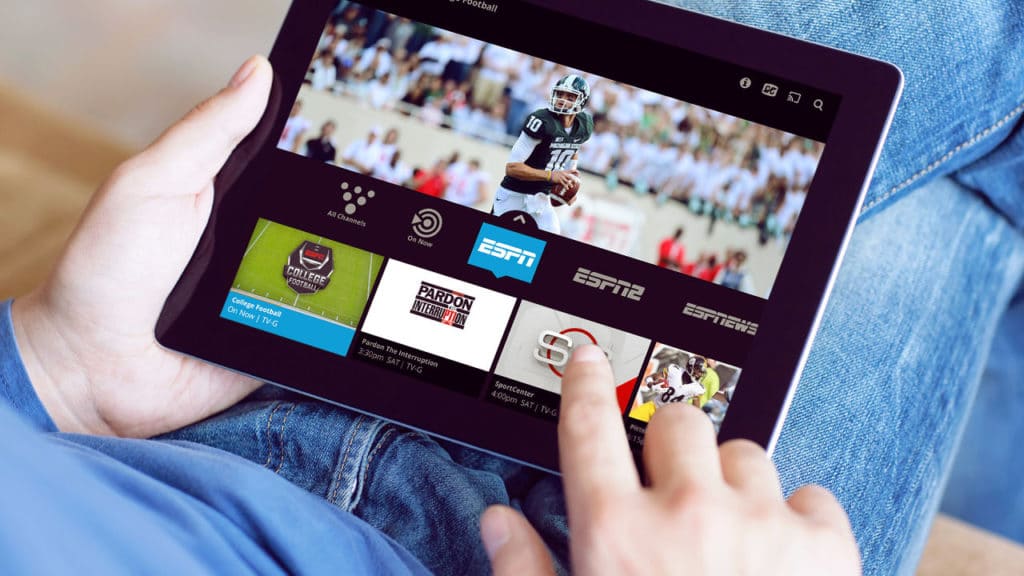 How Sail Internet Helped Me Save $1,400 Per Year

This guest blog post is written by one of our customers in Fremont, CA. He shares his personal experience of the savings and benefits of switching to Sail Internet. — Kevin

I can’t believe how much I was spending on internet, TV and home phone services. The fact is, like most people, I was complacent with what I was paying for these services and the quality of service I was receiving. As progressive and forward thinking as I believe I am, change is something I don’t take too lightly.

High speed internet is very important to us and therefore I had been a Comcast broadband customer since they began offering service in Fremont as @Home. I recall when back in the day, promised speeds of 7 Mbps were a big deal. Today, with the demand for streaming services like Netflix and other, as well as the exponential growth of Internet of Things (IoT) applications, 7 Mbps isn’t going to cut it.

“Although Comcast broadband speeds offered to consumers have increased over the years, they are nowhere near the 100 to 200 Mbps that Sail Internet offers for $49 per month.” — PJQ in Fremont

Up until recently, we had been using Comcast for TV and internet services. Our monthly bill was around $175 for both TV and internet. For home phone services, we were using Vonage, a VoIP service that was good, but at $35 per month, is now considered expensive.

We were hesitant to leave Comcast primarily because there were no other apparent options available in our area that could provide us with broadband services, and we were complacent. After a series of questionable, and borderline illegal, business practices that left a sour taste with us, we made the decision to rid ourselves of Comcast altogether.

“Sail Internet made the transition from Comcast as riskless as possible because there were NO installation fees and NO long term contracts to commit to. It was month to month.” — PJQ in Fremont

By ridding ourselves of Comcast, we still had to find an acceptable solution for TV. We are Bay Area sports fans and being able to follow the Giants, A’s and Warriors games during this time of year was important to our family. Do we sign up for one of those satellite TV services? We weren’t that excited about having a satellite dish on our roof top, not to mention having to sign up for yet another contract commitment.

Another problem that we had to face was what to do about home phone services. Although traditional landline home phone service is following the evolutionary path of the dinosaur, it is still very important to a lot of people.

Fortunately we are living in a very exciting time for media and streaming services over the internet, and with a little bit of research and an open mind to a new way of viewing media content, you can easily have your cake and eat it too: Blazing Fast Internet + TV + VoIP Phone = Better Quality of Service + Big Savings.

So back in February of 2017, we decided to Cut the Cord completely. We said goodbye to Comcast TV and internet, and Vonage, and we said hello to Sail Internet. Internet speeds of 100 to 200 Mbps for only $49 per month provided solid value for us. Because we dislike the hassles associated with purchasing routers, and if there are technical issues, having to deal with another company for support, we decided to pay a few extra bucks per month and have Sail provide us the router. In this way, if there was ever any issue with our internet service, we would call one company, Sail, and not have to deal with anyone else.

For TV, we tried SlingTV at $20/month but we did not like the user interface, nor the channel selection, there was no DVR, and we especially disliked the lack of local Bay Area sports coverage (Sail Note: SlingTV has recently started offering the local Bay Area sports channels. See our Sail Cord Cutting Guide for more info.)

And then, as if by great timing, YouTube TV was recently launched. At $35 per month, YouTube TV was $15 more expensive than SlingTV, but the channel selection was almost perfect for us. Because YouTube TV carried all of the local CSN Bay Area sports channels, as well as several others including ESPN, we could watch every Giants, A’s and Warriors games, as well as the traditional national broadcast channels like NBC, ABC and CBS, and many others. But for us, the biggest surprise benefit of YouTube TV was the DVR capability that was included in the $35 per month. You can record as many shows as you want and view them from your TV, smartphone, laptop, PC or any other device connected to the Internet. We were sold and after one month of trial, we said goodbye to SlingTV.

There was just one more problem we had to solve. We still didn’t have a way to view YouTube TV on our own TV. We have had our LCD TV for over 10 years, and it was not a SmartTV like the new TV’s in the market today. By downloading the YouTube TV app to my smartphone, and using the Google Chrome browser on my PC’s and laptops, I was able to enjoy the YouTube TV experience on my smartphone and PC’s, but I couldn’t watch it on my TV. I was not about to purchase a new TV, given that my existing TV still works fine, and my wife only allows one TV in the house.

Enter Google Chromecast. Chromecast is a device that connects to the HDMI port on your TV, or your home theater system, and it allows your TV to connect to the internet via your home Wi-Fi network. It is only $35 (one time purchase), very easy to set up and once you get used to using either your smartphone or your PC for changing channels and setting up your DVR for recording, instead of your traditional remote control, you will find that this set up is equal to if not better than using your remote control.

As for phone service, we signed up for Ooma and at $9.99 per month, with unlimited calls to North America and Mexico, as well as many other features, it was a clearly better alternative to Vonage. Included in the $9.99 per month price, is a home security app that we are considering to replace our existing home security system, which is quite pricey.

So here we are today. I am getting Internet speeds between 100 and 200 Mbps for about $50/month, I dramatically reduced the cost of my phone service from $35 to about $10/month, and I cut the cost of my TV service by 50%, while increasing my quality of service.

I think we are going to take an extra vacation this year. Thank you, Sail!

*Internet download and upload speeds are not guaranteed and may vary based on connection type and other factors outside of Sail Internet's control. Three months free offer ends 8/15/22. Offer available for new residential customers only. Three months free applies to internet service fees. Limit one promo per transaction. Monthly service fee credits will be applied to billing cycles one, three, and six. If a customer leaves Sail Internet prior to the first, third, or sixth month of service, they forfeit any month(s) credit which they do not receive billing for. Free standard installation applies to all residential orders. However, any custom wiring requests may result in a custom wiring fee which will be communicated prior to installation. Sail residential Gigabit service is currently only available at select condos and apartments. Contact us for more information at 844.438.8484 or sales@sailinternet.com. © 2022 Sail Internet. All rights reserved. Reproduction in whole or in part without written permission is prohibited. Features and specifications subject to change without notice.