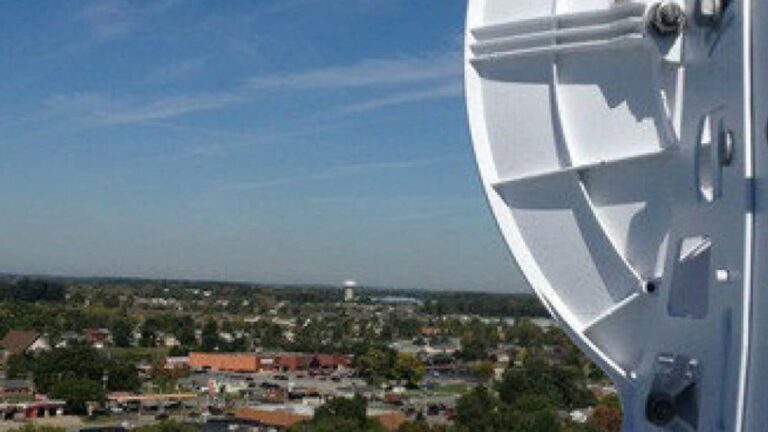 Internet surrounds our daily life. It’s central to paying bills, finding a job, working from home and communicating with others. Even our smart appliances require connectivity. As internet technology moves at accelerating speeds, it makes it hard, if not wholly impossible, to grasp all the particulars. Enter Sail Internet who is bringing a different type of internet service to the those who feel they are paying too much for too little.

Sail Internet is helping to introduce fixed wireless technology to an audience who hungers for better, faster and more affordable service. Fixed wireless broadband represents a new way to connect, marking a fresh and compelling example of how emergent technology, shifting media usage and the rise of insurgent companies like Sail Internet have jolted the industry. To understand the future, we need to take a look back at our online journey.

The internet, as we know it today, really took hold in the public imagination around 1994 with the advent of the first consumer browsers by Netscape and Microsoft. By 2000, only half of the country was using the internet. Unlike radio and television, the internet had to overcome tremendous social trepidation and public skepticism. For most people, the only way to access the internet was through a dial-up service that used existing phone lines. It was a frustrating experience—slow, unresponsive and maddening.

As a whole, the United States has lagged behind most other countries in internet speed. As internet use expanded, so has our need for speed. Most internet providers started out as phone companies, giving them control of one of the only physical lines that serve each household. The other popular home internet service comes from cable companies. Faster broadband technology has replaced dial-up by providing a permanent connection that is always on.

Can You Hear Me Now?

For most people, using only a cell phone for internet service is insufficient. A small screen makes it more of a challenge to perform everyday tasks while data plans may restrain your usage and a cellular connection will limit your speed.

For some, a satellite connection is their only option to be online. When you connect, your data is transmitted to and from a satellite that is orbiting above the Earth, resulting in slow and sluggish service. Don’t confuse a large satellite dish with a smaller fixed wireless device whose connection never goes into outer space.

Google Fiber was the first significant, if isolated, action to alter the landscape by deploying fiber optic technology that converts electrical signals made up of data to light and pushes that through transparent glass fibers. Google promised speeds up to a gigabit, or 1,000 Mbps. The process of either licensing or installing such an extensive fiber network is logistically, technically and politically complex and the rollout has been stymied by rising costs.

So, What is Fixed Wireless?

Fixed wireless is a form of high-speed internet access that connects fiber to end users by operating between two fixed points through wireless signals instead of through cables. Sail Internet’s specially placed antennas beam the broadband transmission directly to subscribers, either individuals or businesses, typically covering a distance of less than a few miles.

Developed originally as a high-speed option for those who live outside cities or municipalities, Sail Internet is using fixed wireless to bypass cable and telecoms to offer fast, secure and affordable service in dense suburban population

This technology is not dependent upon satellite feeds or local telephone service. The point-to-point transmission happens in the air. There is no complex or costly laying of fiber networks. Fixed wireless broadband represents a new way to connect, marking a fresh and compelling example of how emergent technology and the rise of insurgent companies like Sail Internet have jolted the industry.

Fixed wireless points toward a new direction that offers a legitimate alternative to a marketplace often held hostage by entrenched telecom duopolies. One industry estimate says worldwide more than 150 million households will adopt fixed wireless technology by the year 2022. Sail is paving the way to that future.